Effective public affairs today extends beyond relationships with elected officials, reporters, or other key stakeholders. It means being constantly aware of the environment an organization operates in, monitoring the way other interests are sharing or creating information, and then being able to quickly act or react.  Velocity Public Affairs is uniquely positioned to understand the complex public affairs environment to attain meaningful results.

From the critical thinking needed to assess, recognize and create the most effective way to communicate complex information to understanding diverse audiences, to the expertise needed to effectively engage audiences in a coordinated campaign, Velocity brings together a unique combination of media, campaign, business, and advocacy experience to deliver optimal outcomes.

Velocity is driven to be fierce advocates, strategic communicators, and effective operatives for every client.

Velocity Public Affairs brings together a strong core team of experts with extensive backgrounds and experiences to help clients deal with challenges and capitalize on opportunities. Velocity Public Affairs also taps a strong team of outside experts that allow the core team to meet the scale, scope, and intensity of any project. Velocity Public Affairs has relationships with people from media outlets, stakeholder groups, and elected officials across the ideological spectrum at all levels of government, private industry, associations, and not-for-profits. 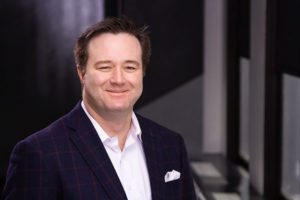 A co-founder and principal of Velocity Public Affairs, Patrick has more than 20 years of experience in marketing and mobilization, public policy, and media strategies. Connolly’s successful grassroots and community relations experience includes work on behalf of the Mayo Clinic, U.S. Senator Norm Coleman, the Rochester Coalition, Minneapolis and Saint Paul Chambers of Commerce, and Minnesotans United. He has also led and supported coalition efforts on behalf of the Hennepin County Sheriff Foundation, the Republican Party of Minnesota, and Alliance for a Healthier Minnesota.

Patrick develops and coordinates targeted and results-oriented campaigns and outreach events as well as multi-city tours and meetings for his clients. With trademark zeal, he has garnered coverage for his clients in print, broadcast, radio, and digital media. Patrick earned his political stripes in the 2002 Coleman for U.S. Senate campaign as a lead member of the grassroots field team. After Coleman’s historic victory, Patrick transitioned his mobilization skills to the U.S. Senate office as a policy liaison for Senator Coleman. Prior to entering the public affairs arena, he developed his business skills as a regional manager for the food service division of the Schwan’s Food Company.

Patrick holds a bachelor’s degree in marketing with a minor in public administration from St. Mary’s University of Minnesota and a master’s degree in organizational management from Concordia University in St. Paul. 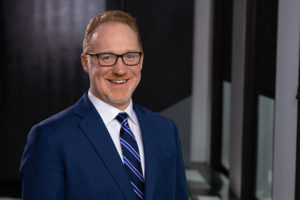 Also a co-founder and principal of Velocity Public Affairs, Carl has more than 15 years of experience in politics and public policy. He has served in numerous senior communications and leadership roles for a United States senator, St. Paul mayor, gubernatorial and U.S. senatorial candidates. He is an adept communicator with a natural ability to distill complex messages while driving a public affairs campaign.

Carl has experience in every facet of public affairs, having served as campaign manager, communications director, press secretary, field director, and policy liaison. He has blended his communications background with innovative digital and data tools to build multifaceted campaigns for clients such as Xcel Energy/Minneapolis Chamber of Commerce, Mayo Clinic – Destination Medical Center, I-94 West Corridor Coalition and McFadden for U.S. Senate.

Whether managing public policy campaigns, state-wide electoral campaigns or third-party campaigns, Carl has a unique ability to blend innovative ideas with a disciplined approach that focusses on the overall goal.

Following the 2008 election cycle, Carl founded Kuhl Partners. He has owned and operated public affairs consultancies since, including Connolly Kuhl Group, which was founded in 2010. 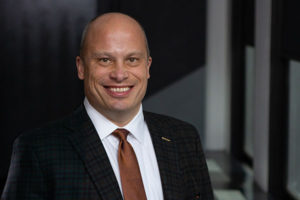 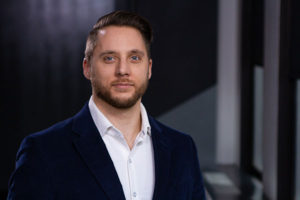 Account Director at Velocity Public Affairs, Brad is new to our team, joining us in January 2019. With a Bachelor’s in History from the University of Minnesota, Brad has developed a diverse professional background in the fields of marketing, technology, and education. As an experienced account manager, Brad helps plan, manage and execute successful campaigns on behalf of our clients.