For decades, community, business, and government leaders had worked together on plans to replace the decaying yet historic Stillwater Lift Bridge with a better-designed bridge over the St. Croix River that would take traffic out of downtown Stillwater and reduce environmental impact.

Challenges by opponents to the bridge resulted in a complicated situation related to approvals from federal agencies that needed to be secured in order for the project to move forward. The lack of progress to secure the agency approval had reached a point where it threatened the State of Minnesota’s funding. The complex nature of the challenges and federal agency processes required action by the United States Congress and President Obama.

Without action by Congress and the President, the existing funds would go to other projects, effectively ending any chance for bridge construction and potentially requiring an entirely new planning process. Advocates for the existing bridge plan, including the Minnesota Department of Transportation, needed help and support to secure a special exemption from Congress and President Obama. The Coalition called on the members of the Velocity team to help launch and manage a coalition-focused effort that would involve working with elected officials from two political parties and two states to support the federal legislation. 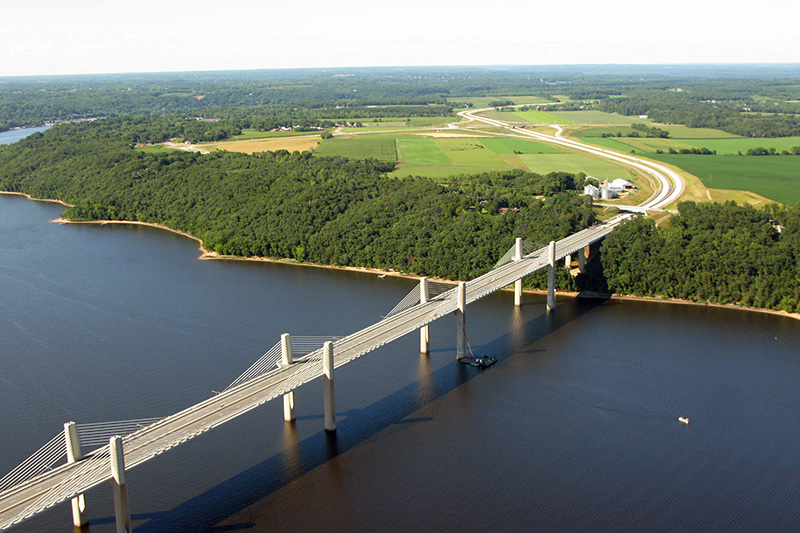 Members of the Velocity team worked with a variety of different stakeholders to develop the Coalition for the St. Croix River Crossing: an alliance of local elected officials, labor, business, and community members from Minnesota and Wisconsin that built support for this necessary infrastructure project.

The success of the Coalition was heavily dependent on an integrated communication plan that helped Coalition leaders create effective ways to convey the need for the new bridge, the work that had been invested in planning it and the broad level of support for the project.

The plan supported efforts by Minnesota and Wisconsin state and federal elected officials to secure Congressional approval for the complex project. In addition to these tactics, members of the Velocity team helped the Coalition create key messages and communications materials with clear and consistent information to educate the business and residential communities and elected officials about the project. Velocity also helped develop and manage a user-friendly website and social media tools and coordinated ongoing media relations.

In less than one year, the Coalition gained thousands of supporters and helped secure unprecedented bipartisan Congressional and Presidential support for the St. Croix Crossing, allowing movement on a significant national project that had been stalled for decades. The bridge opened in July, 2017, and has provided outstanding benefits to commuters.