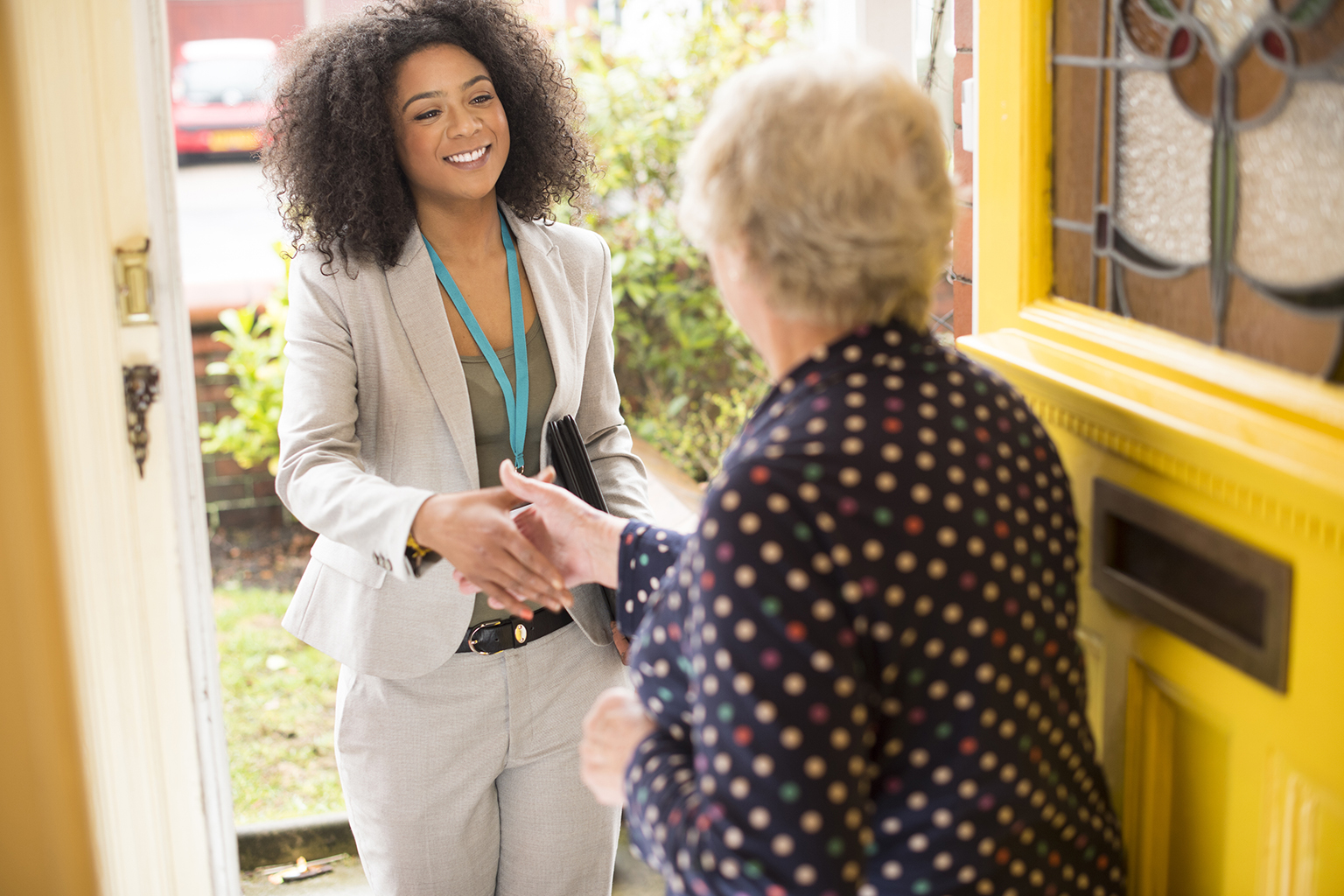 Previous Tactics Toolbox posts have identified various methods for identifying potential advocates for your issue or project and have explored ways to move them up the “Advocacy Elevator” into individuals who are proactively engaged in improving your likelihood of success. One post explained how using the telephone can help qualify potential advocates and, again, get them to do more to your support your project than they might have otherwise. Today, let’s see what can happen when we knock on their front door.

First and foremost, consider canvassing – i.e., going door-to-door – an extremely important component of your plan to build support and advocacy. In a 2004 study that pertained to mobilizing voter turnout, researchers Donald Green (Columbia University) and Alan Gerber (Yale University) contended that “door-to-door canvassing was the most consistently effective and efficient method of voter mobilization, and they suggested that the success of canvassing could be attributed to the personal, face-to-face delivery of the messages.” Since then, other studies suggest it’s “the dynamic interaction of authentic person-to-person contact that is most important in determining whether a method will successfully mobilize voters.” (Temple University’s Arceneaux and Nickerson concluded “personalized messages delivered in a conversational manner over the phone” are effective, too, especially when compared to impersonal contact such as robocalls and mass email.)

In the weeks leading up to the final PUC (Public Utility Commission) hearings concerning the project, Velocity launched a canvassing program that created a team of local people who were able to knock on doors of others around the Minneapolis/St. Paul metro area with the intention of informing citizens about the project, encouraging supporters to fill out petition postcards and of having them call the Governor’s office. (This effort was directed by data Velocity had previously generated. See our post, “Maximizing Use of Available Data.”)

Of further help to the team was the information developed from the other three facets of the program to further build its database (i.e., digital, mail and phone). Velocity supervised over 660 “canvas shifts” of 10 to 40 people a day, who knocked on doors and encouraged people to take an action in support of the project; namely, to sign a pledge card or put up a lawn sign. Each canvasser also carried a mobile phone, and s/he encouraged the homeowner to use it then and there to call the Governor’s and/or legislator’s office and show support.

»» Facilitated over 700 phone calls to the Governor’s office.

Again, seriously consider including canvassing as part of your advocacy outreach program. The aforementioned Messrs. Gerber and Green go so far as to suggest “the content of mobilization messages is not as important as the quality, timing and delivery of the messages themselves.” They add that message content does matter, but they caution not to waste a good message by delivering it in a way that may well be ignored.

If you’d like to take advantage of the power of canvassing to build advocacy for your issue or project but don’t know where to start, Velocity does. Contact us, or, if you want to experience “the dynamic interaction of authentic person-to-person contact” referenced earlier in this post, stop by and see us at 370 Wabasha Street North, Suite 1710, in St. Paul, MN.